From a ‘grinning face’ with a good morning text to your Mum, to reacting with a ‘thumbs up’ to a message from a colleague, our days often begin and end with emojis. As much of our day-to-day life has shifted online, from dating to working, emojis are increasingly playing a central role in modern-day communication.

But with the fear that your wide-grinned emoji could be interpreted as a sign of nervousness by your colleague, can we really rely on these instruments of communication? And what actually causes different interpretations of the exact same emoji? We explain.

Why are emojis so popular today?

Emojis are “picture characters” that originated on Japanese mobiles phones in the 1990’s, but have become popular worldwide after they were added to other mobile operating systems.

Apart from their wide availability, emojis also assist in demonstrating emotions in typed conversations. A 2019 study shows that emoji faces can elicit neural activity that is similar to face-to-face communication. Hence, emojis are often used as a primary tool, sometimes inadvertently, to show empathy and make a person more comfortable.

But the messaging platforms have developed over time, and now also include a variety of stickers and gifs. Then why are emojis still favoured by users across the world? Keith Broni, editor-in chief of Emojipedia (an emoji reference website) and the world’s first emoji translator, told The Indian Express that there were three reasons for the popularity of emojis. “Emojis are freely available, within reason, across all devices. Emojis do not require any active effort on part of users like emoticons and unlike stickers and gifs they are directly placed in line with text, so they can punctuate a line better.”

Who decides which interpretation of the emoji is the correct one?

“We catalogue and observe statistically most normal usage of a certain emoji. Twitter is our primary source of data collection because of its similarity to messaging platform and easy availability of data. It’s subject to constant change and the best comparison is with slang where the meaning is constantly changing,” Broni said, while explaining how Emojipedia structures their emoji search engine.

Are the emojis the same everywhere?

Emojis appear differently on different devices, platforms and operating systems. Apple, Samsung, Microsoft, Facebook, Twitter all have their individual renderings of emojis with slight variations like a misplaced raised eyebrow or an occasional smirk.

“Different vendors as we call them (companies which put together their own emojis) design their emojis based on Unicode’s (the standards body for character encoding) recommendations. They own a copyright over it, like Apple, and often want their emoji set to go with the platform aesthetic and be unique to it,” says Broni.

“Unicode emoji name is prescriptive as to the exact nature of design. For example, the emoji with a winking eye has the description “smiley with one eye winking and tongue visible”. They are instructive, however there is still room for creative interpretation,” he added.

A 2016 study shows that miscommunication within platform communication is due to the “nuance” in emoji design, such as the specific shade of a cheek or a slant of an eyebrow. The graphic nature of emoji affords nuanced expression, but also gives rise to a greater range of interpretation.

Which are the most popular?

While individual users have different preferences, the report of Emoji Frequency for 2021 released by Unicode Emoji Subcommittee Chair says that the top 100 emojis comprise 82 per cent of total emoji shares. Unicode, in the same report, has found that according to usage “hand and smiley are the most popular while flags are the least popular.”

A recent study by Slack and Duo Lingo on the evolution of emoji usage in the workplace found that younger generations were more likely to report that their recipient misunderstood an emoji that they’d sent (31 percent of Gen Z and 24 percent of millennials). Those surveyed were also more likely to send an emoji to someone their age or younger, while 28 percent of respondents did not care about age when it comes to their emoji use.

A 2020 study found that there is a difference in emoji interpretation based on the user’s age. older respondents were more likely to interpret emoji literally, while younger respondents favored more abstract, conventionalized functions such as softening and tone modification in communication.

“Certain emojis take certain meanings based on the audience of the platform. For example, to use the skull as ‘death by laughing’ can be interpreted correctly on TikTok but maybe misinterpreted on Twitter/ Facebook,” said Broni. “The audience sculpts the meaning of emoji according to the platform somehow and makes a decision to attribute meaning to particular emoji which somehow snowballs with shares and people agree to use it in a certain way. I don’t believe it entirely depends on age though,” he added.

What role do cultural settings play in emoji interpretation?

Certain emojis evoke varies specific in different cultural setups, and are thus more frequently used in some contexts. A study by Prismoji.com showed that while the red heart was the top emoji used in English,Turkish, German, and Spanish tweets, the crescent moon was the most common emoji in Arabic, Urdu, and Farsi tweets.

According to Broni, “nuance is more in focus among the new emojis and how you can emote better using them. Two things in emoji addition at Unicode observed every year are what does the global population use, like the addition of much anticipated plain pink heart in emojis, or filling in cultural gaps, as including the symbol for Sikhism,” he says.

He says that emojis continue to be used in largely positive messages and are becoming more important in text communication as they become more habitual every day. “Absence ofemojis is also indicative of a particular tone now, in a conversation in which emojis are generally used,” said Broni, highlighting the importance emojis have now, aiding communication while still leaving room for misinterpretation.

Related Topics:
Up Next

Amitabh Bachchan by no means bad-mouthed his collectors, paid each final one with dignity: Paresh Rawal recollects dialog with Huge B Paresh Rawal stated in a brand new interview that there’s a lot to study from Amitabh Bachchan, past his appreciable abilities as a performer. Recalling Bachchan’s well-publicised monetary woes through the 90s, Rawal stated that Bachchan dealt with the scenario with unusual dignity.

In an look on Neelesh Misra’s The Gradual Interview sequence, Paresh Rawal remembered asking Bachchan about that point, and what struck him essentially the most about his response. He stated in Hindi, “Did anyone suppose that such a factor might ever occur to Amitabh Bachchan? What he was once, and what he turned… He’s a basic instance. There’s a lot that you would be able to study from him, particularly about dignity.”

He continued, “I bear in mind asking him about it as soon as. I requested him if he confided in his household when issues turned very troublesome. And he stated, ‘Why? Allow them to dwell their life.’ See, he owed folks a lot cash, however he by no means bad-mouthed anyone. Not as soon as. He might’ve hidden behind the regulation, acquired exemption, however he selected to pay each single individual again. These are his values. He’s Harivansh Rai Bachchan’s son, in spite of everything. What a person.” Rawal stated that Bachchan had a dignity about him even when he was on the prime of his recreation, versus newcomers at present, who ‘throw tantrums’.

Bachchan skilled monetary difficulties after operating into issues together with his bold ABCL firm within the 90s. He emerged from monetary break within the early 2000s, after showing in a string of hit movies, and touchdown the host gig on Kaun Banega Crorepati. He’s now among the many most prolific stars within the nation.

Bachchan himself spoke about this at an occasion, “It was a troublesome time. ABCL went into debt. I used to be bankrupt. The individuals who expressed need to work with me on the peak of my profession got here and hurled abuses at me”.

“When you find yourself in such an issue, you don’t sleep at evening. On one such evening, I requested myself ‘Who I’m’ and realised that I got here right here to behave and may follow it,” he defined on Agenda Aaj Tak a number of years in the past. 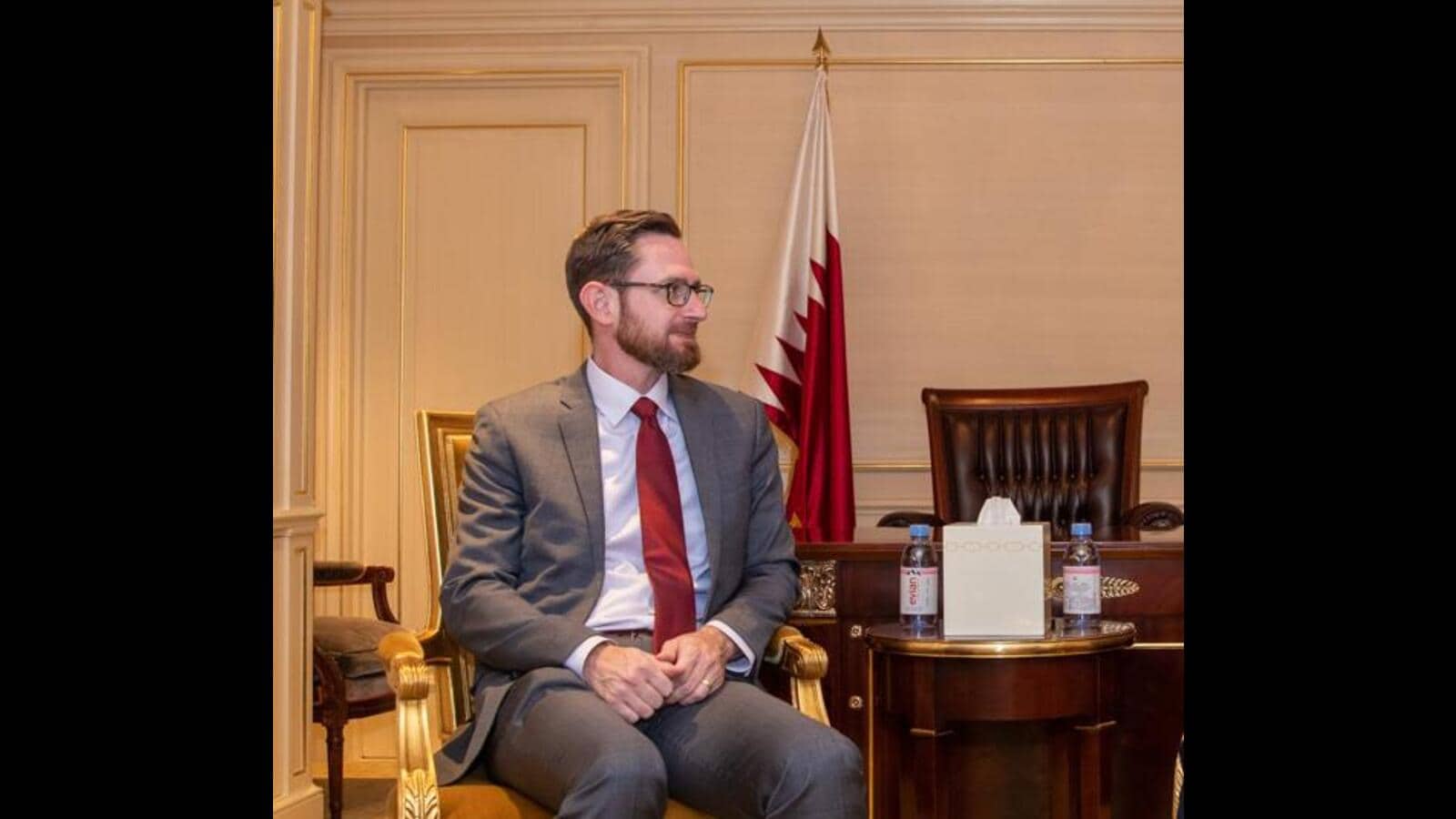 The US particular consultant for Afghanistan, Thomas West, will go to India this week for consultations with Indian interlocutors on the humanitarian disaster affecting the Afghan individuals and shared safety issues.

This might be West’s third go to to India since he was appointed in October 2021 to interchange Zalmay Khalilzad. West is predicted to satisfy officers within the exterior affairs ministry and the Nationwide Safety Council throughout his go to. This may also be his first go to to New Delhi since India re-established a diplomatic presence in Kabul.

West will journey to Japan, India, and the United Arab Emirates (UAE) throughout December 1-8, the US assertion division mentioned on Thursday. He “will seek the advice of with companions and Afghans concerning the humanitarian and financial crises in Afghanistan, safety of Afghans’ rights, and shared safety issues”, it mentioned.

He may also interact with the Afghan diaspora, together with human rights, enterprise, political and media leaders, on handle these challenges, the state division mentioned.

The go to might be a possibility for West to offer the most recent US perspective on Afghanistan to his Indian interlocutors, whereas the Indian facet will be capable of transient him on its experiences on the bottom since New Delhi re-established a diplomatic presence in Kabul by deploying a “technical crew” to the mission in June this yr, individuals conversant in the matter mentioned.

West’s go to comes at a time when assaults by the Islamic State-Khorasan Province (ISKP) have considerably elevated, particularly in opposition to Afghanistan’s Shia Hazara minority. ISKP additionally claimed a suicide bombing on the Russian embassy in Kabul on September 5 that killed two Russian workers and 6 others.

India has been more and more involved about Afghan territory getting used for sheltering, coaching, and planning terrorist assaults, particularly by banned teams resembling Lashkar-e-Taiba (LeT) and Jaish-e-Mohammed (JeM). Each Pakistan-based teams have moved a whole bunch of fighters to Afghanistan lately, particularly when Pakistan was positioned on the “gray checklist” of the Monetary Motion Activity Power (FATF).

The Indian facet additionally shares the world group’s issues concerning the Taliban’s failure to ship on commitments to guard the human rights of all sections of Afghan society, together with ladies and minorities, and to ascertain a consultant authorities. India has additionally expressed concern concerning the dire financial and humanitarian circumstances in Afghanistan throughout a particular session of the UN Normal Meeting final month.

India has insisted that the worldwide group’s strategy needs to be guided by UN Safety Council decision 2593, which calls for that Afghan territory shouldn’t be used for sheltering, coaching or planning terror acts, particularly for people and entities proscribed by the UN Safety Council, together with LeT and JeM.

Whereas responding to the humanitarian state of affairs in Afghanistan, India has equipped 40,000 tonnes of wheat, 50 tonnes of medical help, 500,000 doses of Covid-19 vaccines, and 28 tonnes of catastrophe aid help. 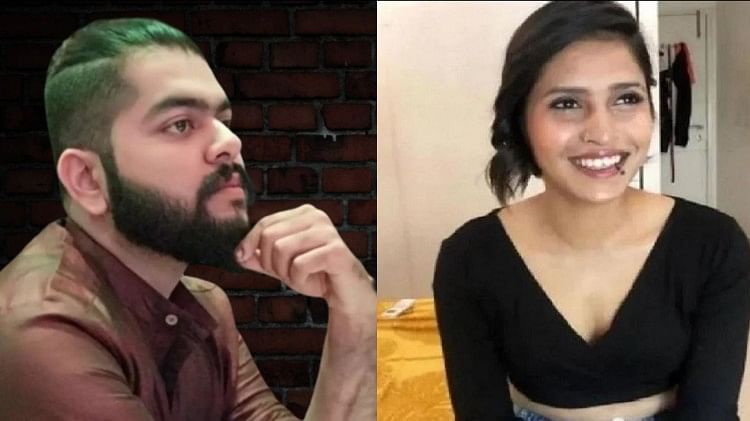 Amitabh Bachchan by no means bad-mouthed his collectors, paid each final one with dignity: Paresh Rawal recollects dialog with Huge B

How To Model Camel Coat For Winter Appears to be like